[Update: an earlier version of this blog entry said that the 2A Griffin PowerJolt was able to charge my iPhone while playing audio and showing the GPS map. Additional testing showed this not to be the case.]

As I spend 4 hours a week driving my car to and from work, I need my podcasts to keep me sane. Before I bought an iPhone 3G last month, I had a very reliable cigarette lighter to FireWire cable hooked up to a tiny dock which I would plug into my reliable iPod Mini. Apple, to save space, removed Firewire charging on the iPhone 3G thus forcing users to go with the inferior USB style charging. In a quest to replace my previous setup, I found out the hard way how inferior USB charging is.


To replace my original micro dock, I purchased an Apple Component AV Cable. This gave me a USB connector for charging and 2 RCA cables to plug into the convenient RCA ports I had previously installed in my Civic. And to think I was mocked for using RCA instead of a mini jack. Of course, this left me with 3 useless component video connectors, but they were easily bundled up.

Now I needed a cigarette to USB adapter, so off to Amazon. I thought the Mace Group USB Charger looked compact. 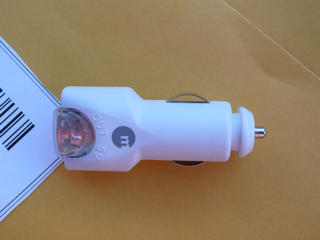 And was soon happily zipping back and forth between work and home before discovering something: it wasn't actually charging my battery. In the meantime, I had purchased another copy for my wife's car, and the iPhone did not even recognize that has being connected. So back they went to Amazon.


Needing charger for a long day of taking a visitor around town, I picked up a PowerDuo/PowerJolt by Griffin at Circuit City: That seemed to go alright for a couple days until I left the iPhone displaying a GPS map for half an hour. What's that smell? The smell of the PowerJolt overheating.


OK, might need something more heavy duty. My, this Black & Decker Power to Go cup holder charger looks the part. 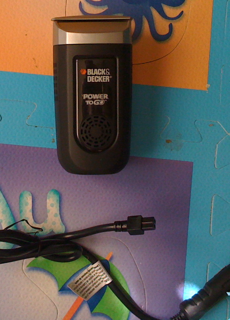 Turns out it only delivers 350mA to the USB port. The iPhone won't even notice you are trying to charge it.


How about this Kensington Car Charger for iPhone and iPod rated at 1 Amp? It says right on the box for iPhone (no mention of 3G) 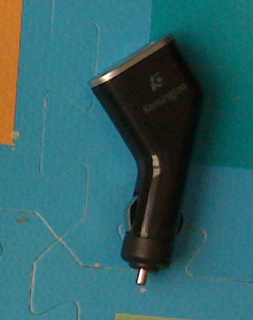 Well it didn't overheat, but it failed my listening to music with the GPS running test, couldn't quite keep up.


Finally, going back to another Griffin PowerJolt from Best Buy, this one larger and with a 2 Amp fuse. 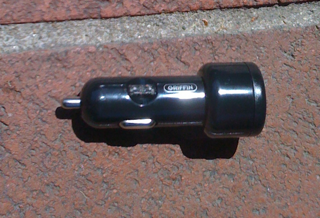 Here we have a winner. [Correction: During a longer test, the iPhone's battery did not build charge while playing audio and displaying the GPS map, but the PowerJolt kept cool and was nearly able to keep up.] Driving around while listening to music and with the GPS on, it was actually able to top off my battery. And this model has the new, don't start smoldering feature.


It turns out that what any given USB port will deliver in terms of power varies widely: one charger might deliver 5 times as much current as another. I would recommend finding a charger with the highest available maximum amperage, something around 2A like the more recent PowerJolts, and avoiding dual port chargers unless they can guarantee a high current to both ports.

[Update: What is strange about this is that according to System Profiler, my iPhone lives on an allocation of 500mA while connected to my MacBook.]