Get the PSD Files From Your Graphic Artists

If you hired a coder to write an iPhone app, you would expect the source code along with a delivered binary. Similarly, if you hire a graphic artist, you want their source files along with a finished bitmap file. In my experience, most graphic artists use Photoshop, which means they do their editing with PSD (Photo Shop Document) files, and will export out a TIFF, PNG or JPEG as needed. You never want to edit and re-compress a PNG or JPEG and you rarely want to edit a TIFF. Which means, if you want to re-use a graphic for another purpose, you need those PSD files, or whatever file formats are native to their editing software.

Let's say I had contracted with a third party to design my beautiful company logo. 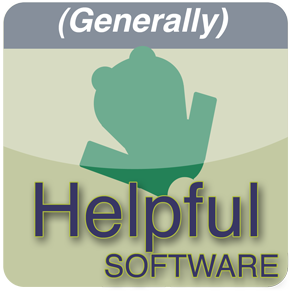 Now two years later I need a version without the fake glassy front. If I have the original, this takes the time it takes for me to launch PhotoShop Elements, uncheck a box next to the "glassy button" layer, and export the result to web. 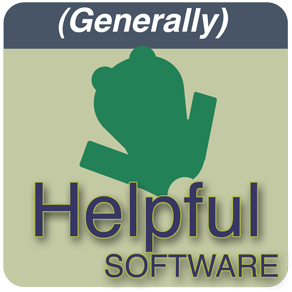 If I only have the PNG file, I'm basically out of luck if I can't get ahold of the artist and will have to have someone else redraw the logo from scratch.

And not only should the PSD files be in your possession, they should be in your source control system, along with all the other critical changeable items you've spent so much time and money creating.

I've been in a situation where I have literally 100 toolbar icons in PNG form and I have no easy way to make a bigger size because the outsource artist has consistently neglected to deliver the original files. Frustrating.

Also, once you have the PSD files, have a look and see if they are well organized with ample use of layers, and layer naming. Maybe, there is no way to turn off the glass button by hitting the hide layer checkbox, maybe there is only one layer, and the artist is incompetent. Maybe that's why you had to ask.

So, I have been pretty unhappy with my MythTV for the last week, as something was seriously wrong with it. It would work for a while and then performance would collapse to the point I couldn't even SSH into it. Apparently, there was a massive memory leak, and the swap became exhausted resulting in the kernel doing nothing but try to find a few extra bytes.

This was after I pushed the button to upgrade to 9.10. And if there is anything I less want to do is spend more time tweaking Linux.

Anyway, I took a few minutes this morning to look through /var/log/messages and found it was jam packed with:

Now my MythTV can go 20 minutes without grinding to a halt.

Now, as to whether a missing firmware to a tuner card should bring a linux distribution to a halt is another thing entirely.
Posted by Glenn Howes at 12:32 PM

So, I pushed the button and upgraded the MythBuntu box in the basement, and bad things happened. Oh, the new MythTV interface is lovely. But the box became utterly non-responsive. Turns out that the server had spun up 4 instances of the commercial flagging process and each was taking one quarter of the CPU. And I don't even care if my commercials get flagged or not. Anyway, went into mythtv-setup and turned off commercial flagging, and things got a whole lot better.
Posted by Glenn Howes at 10:51 PM

How Not to Ask For A Feature

First of all, the "they" is me, Glenn Howes—father of two, husband, software engineer, PhD Chemist, and occasional iPhone developer. I have made a grand total of $392.05 on this app, yet still found the time to release 2 updates to it when it made absolutely no monetary sense to do so. My work is not junk, it is of the highest engineering quality I could make it. I've spent hours tracking down bugs, ran static analysis of the code, put the executable through performance instruments for memory allocations and performance, and optimized the launch time. I did this when I had other paying projects waiting my time because I like this little app and I want it to be as perfect as I can make it.

It just lacks a feature you desire, a feature which is neither promised nor implied by the product description in iTunes. If you had e-mailed me requesting this feature, I would have seriously considered including it even though an app, who's primary function is monitoring antenna signal quality is not going to be very interesting looking at digital cable traffic. Now, I'm not inclined to add this feature, and you have only your bad social skills to blame.
Posted by Glenn Howes at 5:33 AM