Remote Remote for MythTV for iPhone

I've written a "toy app" for OS X Touch, a version of my Remote Remote GH for MythTV application which acts as a remote control over the wireless network to control a MythTV. It's a toy in the sense I am mainly using it to learn the iPhone SDK, and not to earn money, or even a large user base. I don't expect it will find a large following, I was just learning the ways of the iPhone.


Coding for the iPhone is different. Not so much in the GUI classes or the tools, but in the outlook it requires of the engineer. I was working in a resource starved environment; one in which I needed to take care not to run out of memory, not to use network unless needed, and not to spend a lot of time launching or quitting. An environment, where I had to justify every button on the remote control as space worthy. I leaned heavily on Apple's performance tools, much more than I would on a Mac. And, I refactored constantly. Every time I learned something new, I would change my code to work better and better fit the SDK way.


I also needed to use SQLite extensively, and felt compelled to adapt the QuickLite framework to both Objective-C 2.0 and the iPhone. If Tito Ciuro reads this, please send me an e-mail.


And finally, I'm quite proud of most of the artwork:

It's harder than it looks coming up with simple, thematically consistent, iconic graphics. Thanks to my wife for telling me try again after my original app icon design mashed together a picture of a widescreen TV with a remote drawn in perspective. I went with a simple rendering of navigation buttons, which I liked so much I made the buttons part of the actual GUI. 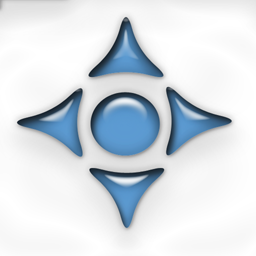 My Semi-Annual Rant about Compiling MythTV

So, I am testing a little iPhone app to control MythTV, and I decide I should upgrade to the current bleeding edge build. Which is bad enough, as I had Qt 3.3 installed on my Linux box and the bleeding edge is Qt 4 based; requiring figuring out what my PATH, QTDIR, QTMAKE, variables are required, and then ending up with an upgraded database making it hard to go back. And then finding out the the remote control interface is pretty severely broken in a couple places, which I either had to fix or cut back on the features of the app. And then finding out that the mythweb is pretty broken, and that live TV is not improved. Etc.

Bad enough, and then I had to upgrade the Mac frontend to match the new version of the MythTV protocol. As if it it never occurred to the guys at MythTV.org that standards should be flexible enough not to require constant changes. Ever notice that on top of every well formed XML file it says <?xml version="1.0" and that people have gotten along pretty well without changing the definition every 3.5 weeks. After a couple of hours of trying to get the frontend to compile on my MacBook, which has XCode 3.1, and an older version of Qt futzing things up I decided that the build scripts really didn't like llvm, and installed XCode 3.0 on the Mac Mini in the basement. Then it was a couple hours of fixing a few errors in the Mac specific code, and realizing the main configure file had to be made executable.

Then after it finally compiled, it was figuring out why I couldn't turn off pinging the database server (bad mysql.txt permissions), then why the frontend quit right away with the only clue being in the Console: "MythTV requires an updated schema". So the database schema had changed in the last 3 days, causing the frontend to quit without any warning. Classy.

And the playback is absolutely horrible on the Mini for some reason involving TOSLink passthrough or problems with linking in a library—I'm not sure. I really ought to buy another Mini, one which I can run as 100% OS X, and use EyeTV.
Posted by Glenn Howes at 8:04 PM